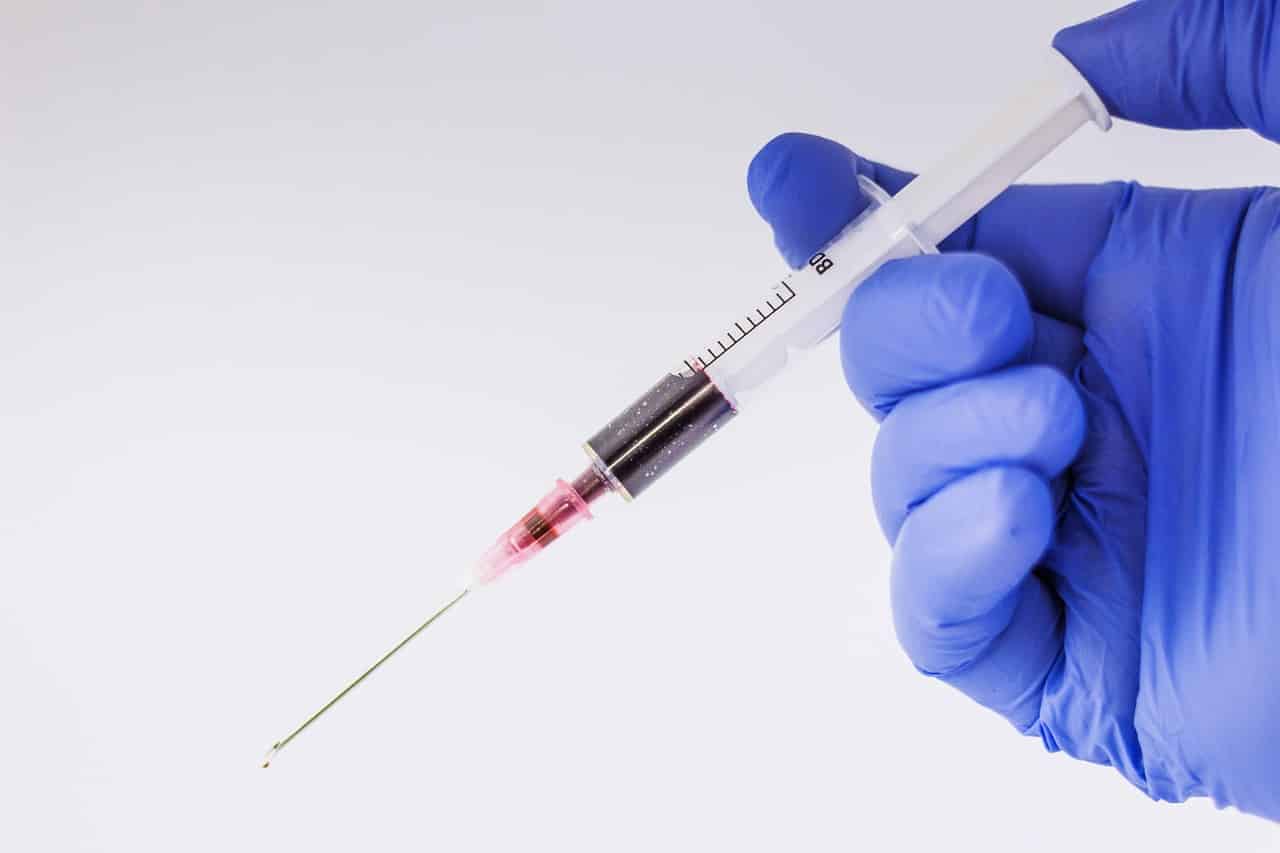 Bad Blood by John Carreyrou is a book picking for my personal reading list: the best true crime books, which is limited to books that have personally impacted my life. All previous book recommendations can be found on my Bookshelf. Enjoy!

For almost a decade it was a promising startup with a bold idea: use a finger-prick of blood and the technology gives you a complete picture of your health. Sadly, the story turned itself in a real tragedy and the details of the Theranos scandal are almost too wild to believe. Read on for my thoughts on the book Bad Blood by journalist John Carreyrou.

The American Dream on its darkest

Sooner or later, a story like this will catch the eye of young girls and it catched mine too. Elizabeth Holmes was for almost a decade the CEO that everyone dreamed of. A young, self-made girl from the U.S. that dropped out of university to build a startup from scratch and realize the unthinkable. It’s a perfect story of a female 19-year old that was able to direct the course of her own life, while at the same time being (perceived as) a force for good.

Although the story ends with a tragedy, I believe Elizabeth Holmes perfectly appealed to the idea of making the American Dream a reality. She not only showed a rare entrepreneurial spirit, but she was also highly charismatic and convincing. Plus she had a memorable personal story to tell. In many ways she personified the dream and the life that many girls around the globe would wish to accomplish their selves.

Bad Blood by John Carreyrou is one of those few books that you can not put away before you finish it. It is a rare story that is exciting in itself, yet it is also true. I like to read compelling page-turners like this because it touches that thin line between the willingness to do the unthinkable and make that desire come true, yet at what cost?

That tension between pursuing what you believe in and going too far in that has also fascinated me about the story of Tara Westover. The beliefs of her family let them to isolate themselves from society – with all its consequences. Anyway, I surely got why Bad Blood by John Carreyrou became a bestseller.

The story of Theranos went from a simple idea; what if we could design a machine that would be able to give a complete picture of your health, by using only a small amount of your blood. Holmes promised her machines could run hundreds of medical tests and that Theranos was revolutionizing the way blood could be tested.

By 2013, the company rose to national attention and Theranos was already valued at nearly 10 billion dollars. It even partnered with Walgreens to spread their tests across the country. Holmes had her own share in that popularity because everywhere she went, she positioned herself as the front lady of Theranos. So Holmes not only appeared on the covers of Forbes and Fortune, but she also gave TedTalks who became increasingly popular and appeared frequently in many TV-shows to talk about the company.

The vision that she shared was appealing to many people in the United States. Holmes preached over and over again how these tests would give so many people around the globe the freedom to be able to get access to information about themselves and their own bodies and how that would change their lives. She was very keen in sharing her vision. Many times it happened that she supported her vision with examples that are relatable to people’s daily lives. Waiting for permission from a physician or the government, long waiting lists et cetera are just a few examples of problems that people face in their daily lives. Elizabeth presented it as our basic human right to be proactive about our own health.

But the more the positive reactions and media attention grew, the more problems arose inside of Theranos. Although Holmes was excellent in selling her vision, the problem was that their technology never came close to working. In fact, the technology was little more than science fiction. Despite that lack of functionality, so many people have used these blood tests to guide their health choices. And because of that, Holmes and her former business partner are at risk of getting jail time on fraud charges. Theranos officially shut down in August 2018.

I’m assuming you still want to read the book so I’ll be careful about giving details. But there are some examples that I like to mention because they are almost too bizarre to believe.

First of all, Holmes would invite prospective investors to the lab, so they could get their blood tested on a Theranos machine. The device had been programmed to show a really slow progress bar instead of an error message. When results didn’t come back right away, Holmes sent the investors home and promised to follow up with the results. As soon as they left, an employee would remove the blood sample from the device and transfer it to a commercial blood analyzer. While her investors got their blood tested by the same machines available in any lab in the country, they had no idea.

The public didn’t know about Theranos’ deception until Carreyrou broke the story as a reporter at the Wall Street Journal. Because he was so integral to the company’s demise, Bad Blood offers a remarkable inside look.

Catch Me If You Can

Bad Blood by John Carreyrou reminded me in a way of the film Catch Me If You Can, which I recently watched. I know it’s a film from 2002, but once must be the first time – right! It got me thinking about how it’s possible for her to give away so little about the process, yet getting away with so many lies.

Carreyrou did a great job by reporting exhaustively. However, I do wish there had been more analysis of how a scam of this magnitude was made possible and enabled. Holmes dropped out of college and although she in fact painted a false reality, she convinced some heavy hitters like Henry Kissinger, George Schulz, Rupert Murdoch and a bunch of other famous and incredibly talented people to invest in the company or work with her. There are so many bizarre moments that the story is almost too hard to believe.

Silicon Valley has a lot to learn from this

There’s a lot Silicon Valley can learn from the Theranos mess. To start, a company needs relevant experts on its board of directors. The Theranos board had some heavy hitters including several former Cabinet secretaries and senators. But for most of the company’s existence, none of them had any expertise in diagnostics. If they had, they might have noticed the red flags in the way the technology worked a lot sooner.

What I was also thinking after reading the story of the Theranos, is the increasing reliance on Artificial Intelligence. Although AI can lower costs and speed up the diagnosis process, medical staff is needed on so many levels. In this case, there was a fake problem represented with an empty promise. We need medical staff to help us prevent us to buy into a story like that. That tensity should be cared after, especially in the health industry. With more AI coming into our lives, more opportunities of things we thought would never happen start to appear. I mean, a machine that can read 3,5 million books to see how men and women are being perceived in literature might be a great example of that.

Of course, technology and AI are great. But when doctors who carry the medical expertise to see medical hacks are not taken into the process enough – then not so much. It’s great to build a startup based on technology to solve health issues. But relying too much on AI can cause medical hacks disguised as a solution.

In this case, there are also some red flags in the way results are being interpreted. I mean, there’s a strong argument that health care is a human right. But what Elizabeth Holmes suggested instead, is the right to choose our own blood tests and interpret the results ourselves. Their story became an oversimplification of reality and by letting us all interpret the results of our own blood tests, she made it all sound very altruistic.

Stories matter – until they become the most important thing

A theme that I took from reading the book is that the story of Theranos is the worst-case scenario of what happens when a CEO prioritizes personal legacy above everything else. Holmes was celebrated by magazines and other big media concerns. And the story is a cautionary tale about the virtues of that stardom.

Although a celebrated and remarkable CEO can be a huge benefit for a startup – many examples found there, we can not deny that health care is about human lives. This requires a more careful approach than the one Holmes has taken. As John Carreyrou points out, Holmes idolized Steve Jobs and used his vision of leading a company. Therefore, Holmes pushed a vision of what Theranos could be, not what it actually was. And people suffered as a result.

Although Holmes denies all of the allegations, we have to guess for her intentions. At the end of the day Elizabeth Holmes might have been overly ambitious, which can cause someone to show irresponsible behavior. But the fact remains that you can’t go ahead of the opportunity of creating something great for health care, and let fame become the most important thing.

Bad Blood by John Carreyrou tackles some serious ethical questions, but it is ultimately a thriller with a tragic ending. It’s more than a fun read. And it is full of bizarre details that will make you gasp out loud. The story almost feels too ridiculous to be real at points. It’s no wonder Hollywood turned it into a movie. I think it’s the perfect book to read during these coronavirus times. Incidentally, the film has just premiered!