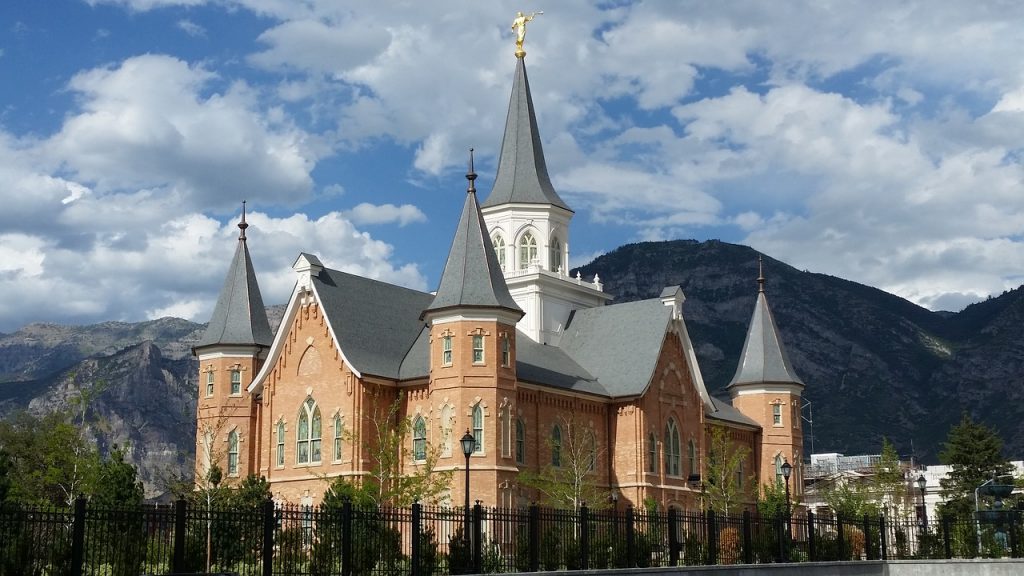 Educated by Tara Westover is a book picking for my personal reading list: the best memoires and biographies, which is limited to books that have personally impacted my life. All previous book recommendations can be found on my Bookshelf. Enjoy!

The book Educated, A Memoir, chronicles the self-taught journey of Tara Westover from Mormon surveillist home to Harvard and Cambridge. It’s a very inspiring story of the value of reading books and self-study. There has been a lot of public attention for this story but read on if you want to know why I like the book so much.

I’ve always prided myself on my ability to teach myself things. Whenever I don’t know a lot about something, I make sure that I’ll read a book, watch a TedTalk, join an online course, listen to a podcast, or whatever – until I do. Every once in a while I find another topic for which I make the effort to dive deep into it.

Over the years, my friends have heard me speak passionately about a lot of different and random topics. There were periods in my life that I read everything about cults, about why people believe in conspiracy theories, topics like the Vietnam War, epidemics, sleep, and more spiritual books like The Seat for the Soul. They have heard all of those topics pass by, and sooner or later all of them came back to me for some book recommendations.

Since I taught myself how to build an online business and everything that comes with that, I thought I was pretty good at teaching myself things – until I read Tara Westover’s memoir Educated. Although she grew up in isolation without school system to help her learn and grow, she seems outstanding in her ability to learn on her own. I was thrilled to dive into this remarkable story.

Tara and her siblings were raised in a Mormon survivalist home in rural Idaho. Except for at church, she grew up in almost complete isolation due to the very non-mainstream views of her dad about the government. He believed doomsday was coming, and that the family should interact with the health and education systems as little as possible.

As a result, Tara didn’t step foot in a classroom until she was 17. Because Tara and her six siblings worked at their father’s junkyard from a young age, none of them received any kind of proper homeschooling too. So basically all of them had to learn and teach their selves everything on their own. For example, Tara had to teach herself algebra and trigonometry and self-studied for the ACT, which she did well enough to gain admission to Brigham Young University. Eventually, she earned her doctorate in intellectual history from Cambridge University.

Also major medical and psychological crises went untreated. Her mother suffered a brain injury in a car accident once and never fully recovered. During that time, Tara also experienced some physical abuse at the hands of one brother.

Nowadays, things have changed. Westover lives in a flat in London, she visits doctors, and also had a fellowship at Harvard University. How she made that disorienting jump is the subject of her memoir. Educated by Tara Westover is an amazing story and I get why it’s spent so much time on the top of the New York Times bestseller list.

The duality of family ties

Despite all the misery Tara went through, I noticed that Tara is never cruel, even when she’s writing about some of her father’s most fringe beliefs. This strong loyalty that she seems to have towards both her family as to the place where she’s from is remarkable and it affected me deeply while reading the book.

Instead of being cruel, her story shows how strong family connections are and how complicated they can be sometimes. Both the functional and dysfunctional sides can be part of one relationship and can be unhealthy for the people involved. Unconditional love, but also the emphasis of society on the importance of family ties is so strong that it can make us so blind for the dysfunctional elements of the relationship. Disruptive beliefs and behavior, but also power can be intertwined into the relationships that we carry within our families. Tara says about this,

“You can love someone and still choose to say goodbye to them,” she says now. “You can miss a person every day, and still be glad that they are no longer in your life.”
― Tara Westover, Educated

I admire Tara for how she decided to make her own health and happiness a priority by making some choices that are in her own best interest. Many of us grew up seeing our parents act as if they were superheroes, and most women have been conditioned to ignore symptoms and just “tough it out” and focus on taking care of everyone else before themselves. I find it a bold and brave move of Tara to say that she’ll no longer be one of those people.

Tara showed the duality of those complicated relationships beautifully, and she is apt in describing love and about what it should actually be about. She’s a talented writer.

“It’s strange how you give the people you love so much power over you.”
― Tara Westover, Educated

Tara’s experience is an extreme version of something everyone goes through with their parents. At some point in your childhood, you go from thinking they are superheroes who know everything to see them as adults with limitations.

It wasn’t until she went to Brigham Young University that she realized there were other perspectives on things her dad had presented as fact. For example, for a long time, she held to the conviction that the sun could cure all of her health problems by waiting in the sunlight with her mouth open.

But, she also had never heard of the Holocaust until her art history professor mentioned it. She had to research the subject to form her own opinion that was separate from her dad’s. In this Ellen Show, she said that asking for what the Holocaust meant obviously didn’t make her very popular with the rest of her siblings, thinking that she must have had antisemitic ideas and aspirations.

I’m sad that Tara is estranged from a lot of her family because of this process, but the path she’s taken and the life she’s built for herself are truly inspiring. When you see her doing the interviews you don’t have any impression of all the turmoil she’s gone through. She’s so articulate about the traumas of her childhood, including the physical abuse she suffered at the hands of one brother. I was impressed by how she talks so candidly about how naïve she once was. I mean, most of us find it difficult to talk about our own ignorance.

With the story, Tara touches something about the education system that I’ve been thinking for a very long time. She says about this,

“I worry that education is becoming a stick that some people use to beat other people into submission or becoming something that people feel arrogant about,” she said.

That’s why I like Tara underlying that point once more. Tara’s definition of education is more about self-discovery and learning things because they can enrich the quality of your life. I’m sad if education becomes a system of polarization and division.

One thing that I remembered from my school traject is that I loved reading books and learning new things, but that I never liked school. That may sound contrary, but you get a lot of knowledge and you have to close read a lot of things you wouldn’t necessarily choose if you were on your own.

I realized something really important that stayed with me for the rest of my life: I realized that I was learning more than ever because now I was finding answers to questions I really had.

“I think education is really just a process of self-discovery—of developing a sense of self and what you think. I think of [it] as this great mechanism of connecting and equalizing.”

I like the way she has crafted a universal coming-of-age story that gets to the heart of what an education is and what it offers: the perspective to see one’s life through new eyes and the will to change it.

Educated by Tara Westover is to me about the belief that you can learn just anything. That’s something that I really value from the upbringing I got. I was lucky to have parents who encouraged me to read. My parents would say to me all the time that if I didn’t know something that I could search it up and that you can teach yourself anything better than someone else can teach it to you. Which I really think is true.

I hate the word “disempower,” because it seems kind of cliché, but I do think that we take people’s ability to self-teach away by creating this idea that someone else has to do this for you, that you have to take a course, you have to do it in some formal way. Any curriculum that you design for yourself is going to be better, even if it’s not the absolute perfect one. You will follow what you care about.

Tara’s process of self-discovery is captured beautifully in Educated. In some ways the story relates to me and the experiences that I have. It’s the kind of book that I think everyone will enjoy, no matter what genre you usually pick up.

See book title on Goodreads and purchase through Book Depository. For more books that I read, head over to my bookshelf.

This is why I think everyone should read the book What Happened To You?