On this page: a personal selection of nonfiction books on lying, links to notable articles and podcast episodes about lies, secrets and more.

From hours of reading about the art of deception, secrets and more, I have come to believe that examining how and when people lie and tell the truth can help in understanding many relationships. In fact, telling a lie often tend to fill the gap between what we wish ourselves to be and who we actually are – which is basically an attempt to control the way you are perceived by others.

But, as we tell lies to others every now and then, we also tend to make the unconscious effort to lie to ourselves sometimes. Most often to feel better or to boost self-esteem.

Therapists working in the field of psychiatry have dealt with the concern of how to believe a patient when its says to be ok, but is not. Their practical concern raised a very fundamental question about human communication: can people, even when they are very upset, control the messages they give off, or will their nonverbal behavior leak what is concealed by their words? Basically, are there facial expressions or gestures that can be found in human communication that are universal? And if so, how can that information help us detect.

Even professional lie detector Pamela Meyer mentioned in her TED Talk: How to spot a liar, “lying is a cooperative act – think about it, a lie has no power whatsoever by its mere utterance. Its power emerges when someone else agrees to believe the lie.”

The book pickings below ⬇️ are my favourite books on lying and I obviously read every single book I added to this booklist. Stay tuned if you want to know more about the art of deception—how it works, why we’re vulnerable to it, and how telling lies is woven into our personal relationships. Here are some of the best books on lying:

Must read books on lying

Spy the Lie: Former CIA Officers Teach You How to Detect Deception

Spy the lie is also a book about lying. We know that we can really detect deception, but how do we know and what are the clues if someone’s lying just by looking at their body language? I learned a lot from these former CIA agents who worked on several counterterrorism and criminal intelligence cases.

More of the best books about lying Pamela Meyer shares proven techniques to detect deception. Liespotting brings years of knowledge on how to tell if someone is lying, previously found only in the intelligence community, police training academies, and universities.

A guide to recognizing emotions from facial expressions

This breakthrough research of Ekman and Friesen’s on the facial expression of emotion uses scores of photographs showing emotions of surprise, fear, disgust, anger, happiness, and sadness. The authors explain how to identify these basic emotions correctly and how to tell when people try to mask, simulate, or neutralize them. It features several practical exercises that help actors, teachers, salesmen, counselors, nurses, law-enforcement personnel and physicians – and actually everyone else – to become adept, perceptive readers of the facial expressions of emotions. 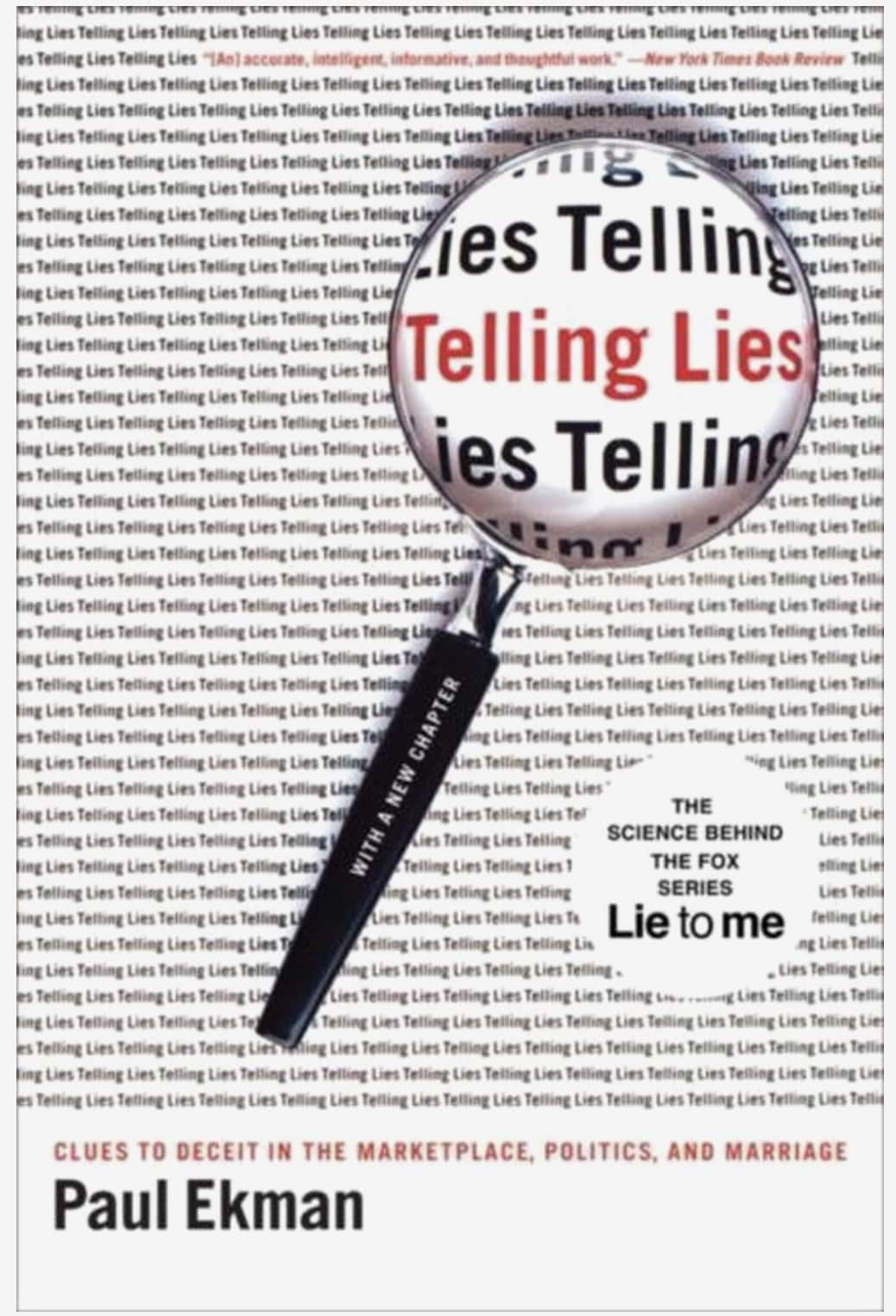 Clues to Deceit in the Marketplace, Politics, and Marriage

In this book Paul Ekman outlines common motives for lying, the science of using so-called `micro-expressions´ to detect deception and the concept of leaking emotion.

Enjoyed these books on lying?

I’ll be regularly updating this roundup to include additional thrilling new offerings.

Back to personal reading lists