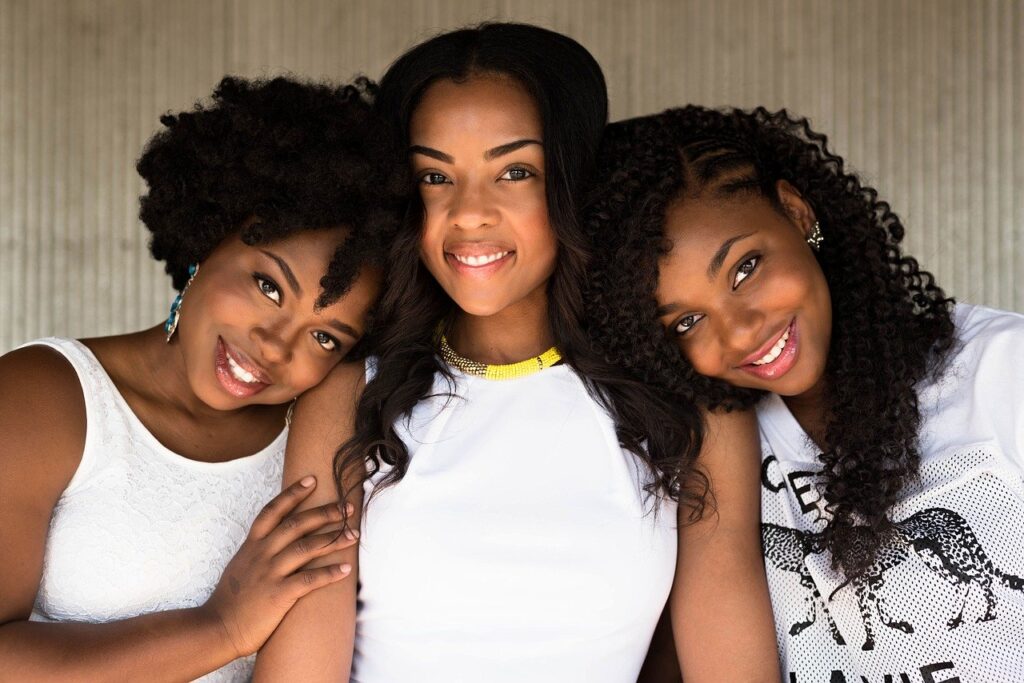 From the 1 billion most poor people in the world, 70% is female. Let that one work on you, because these are important and warning stats. Besides the fact that poverty disproportionally affects women, a growing body of evidence also shows that investing in women’s education has the potential to not only help girls and women, but the rest of the world too. Let me show you in this post.

I grew up in a family where both my parents worked. My father is a cook and entrepreneur and runs his own company, and my mom always worked in the hospital. Both of them worked irregular hours and I remember the many times my mom came back from work early in the morning after a night shift, while my dad took us out of bed to start the day. Once my mom had enough sleep, my dad left for work.

It was a normal routine for us and both my sister and I saw parents who truly loved their work. I also remember how my mom instilled in us several times the importance of being financially independent as a woman. She often emphasized that it’s our job to take care of ourselves first.

More than once, mainly my dad would teach me and my sister how to work with a ledger and ways to save money or to make conscious choices with it. Being financially independent has clearly been a topic during my upbringing. And it helped me to build a good and healthy relationship with money during my later life.

The obvious way to break the world’s poverty cycle that disproportionally affects women and girls, is to teach kids finance early. Long before career decisions, mortgages payments, and student loans. While important for all kids, providing young girls in particular with a solid financial foundation might help give them the fundamental opportunities in life that they otherwise would have lacked.

Moreover, there is a growing body of evidence suggesting that when women have the power to make, spend, save, and control their own money, they make gains not only for themselves but also for their families and communities. In the 1920s, the Ghanaian scholar James Emman Aggrey said, “If you educate a man you simply educate an individual, but if you educate a woman, you educate a whole nation.” It is considered that the biggest returns on investment will come from educating and nurturing girls and empowering women.

Let me give you 4 reasons why investing in women’s education and helping them become financially independent is important for building a brighter future.

The pro’s of investing in women’s education

Research has shown that investing in education, especially girls’ education, can be a boost for the world’s economy. Although education for women was hotly debated until quite recently in England – which was in 19th century, women’s education has major potential economically. For many countries. For example, increasing the number of women completing secondary education by just 1 percent could increase a country’s economic growth by 0.3 percent.

The McKinsey Global Institute estimates that fully incorporating women into the economy would add $12 trillion to global GDP by 2025. In other words, empowering women and realizing gender equality lifts all nations by 26 per cent.

For example, new research published in the Stanford Social Innovation Review suggests that if women were to attain equal participation in the economy, they could raise global GDP by up to $28 trillion or 26 per cent in 2025.

Research shows how companies can benefit from investing in women as employees, entrepreneurs, customers, and community partners. Such investments help companies in several ways, from broadening the talent pool to increasing productivity, providing an opportunity to transform local and global markets.

A World Bank study found that every year of secondary school education is correlated with an 18 percent increase in a girl’s future earning power. And research shows that educating girls has a multiplier effect. Better-educated women tend to be healthier, participate more in the formal labor market, earn more, give birth to fewer children, marry at a later age, and provide better health care and education to their children.

Aid programs that provide women opportunities to better their health, education, and well-being have effects far beyond a single individual. A woman multiplies the impact of an investment made in her future by extending benefits to the world around her, creating a better life for her family and building a strong community.

And better- educated women also earn more, have better jobs, and invest their earnings into their families. Considering many women across the globe work in informal or unpaid work, a steady job and higher wages translates into better outcomes for families. Every additional year of school a woman attends increases her wages by an average of 12 percent. Also, if she has above-average math skills she can earn 18 percent more.

But investing in the education of a girl or a woman also effects the way she looks at herself. Financially independent women are capable of taking their own decisions and don’t have to depend on a partner for the fulfillment of their dreams. This increases their self-respect and makes them more confident to face any kind of situations.

We are fifty percent of the world’s population. There is still a lot to be done in terms of the visibility and recognition of what women can do. I think it’s not important if you are going to make it, but we have to allow ourselves to dream and to follow our interests. Role models are important in this because the more women we actually see, the more likely it is we think: I can do that too.

Role models can impact our world view, and behavior. Role models provide a vision, and visual proof, for who we aspire to be. They represent the best of who we can be. They serve as powerful examples of how to make a positieve difference in the world. It’s in human nature to want to copy the desirable values, traits, language, and behavior in others. Our brains are wired to connect and mirror the behavior of others.

And if enough young women hear about their actions, they can inspire others to do the same. Once we are able to see ourselves in other powerful women, then we are able to expand our worlds and change our story. Because of that, it’s important to have more women working in places where decisions are being made. Especially women of color. So that our young future girls of color too, have models to look up to. In which they see themselves and personify what they haven’t found the words for yet.

David Attenborough mentions in A Life On Our Planet, the importance of flattening the world’s birth curve in order to protect the environment. As we have seen in recent years, countries with higher educated residents on average, have lower birth rates. In other words, higher educated people tend to have fewer children.

Research shows that investing in women’s education on a large scale, is a great way to help flatten the birth rate. Flattening the birth rate in countries all over the world, is evident in the race against climate change. Better-educated women tend to be healthier, participate more in the formal labor market, earn more, give birth to fewer children and marry at a later age.

Key in breaking the poverty cycle might be educating girls from a young age how to be financially independent. It will not only change the way women look at their selves, but it will also influence other girls and women of who they can become. From a scientific point view, there is no question that the biggest bang for the buck in development is investing in women’s education.

It’s also a message to all the investors and governmental parties out there. Research has already shown us that the investment in women is worth it. In fact, it had a multiplier effect that will benefit all nations too.

Thanks for reading! If you enjoyed this piece of text, you will probably enjoy these as well:

Previous Post
From the short stories series: the old wise man and the drumming boys
Next Post
When I’m gone, know that I’ll still be here