5 Things I Learned From David Bowie 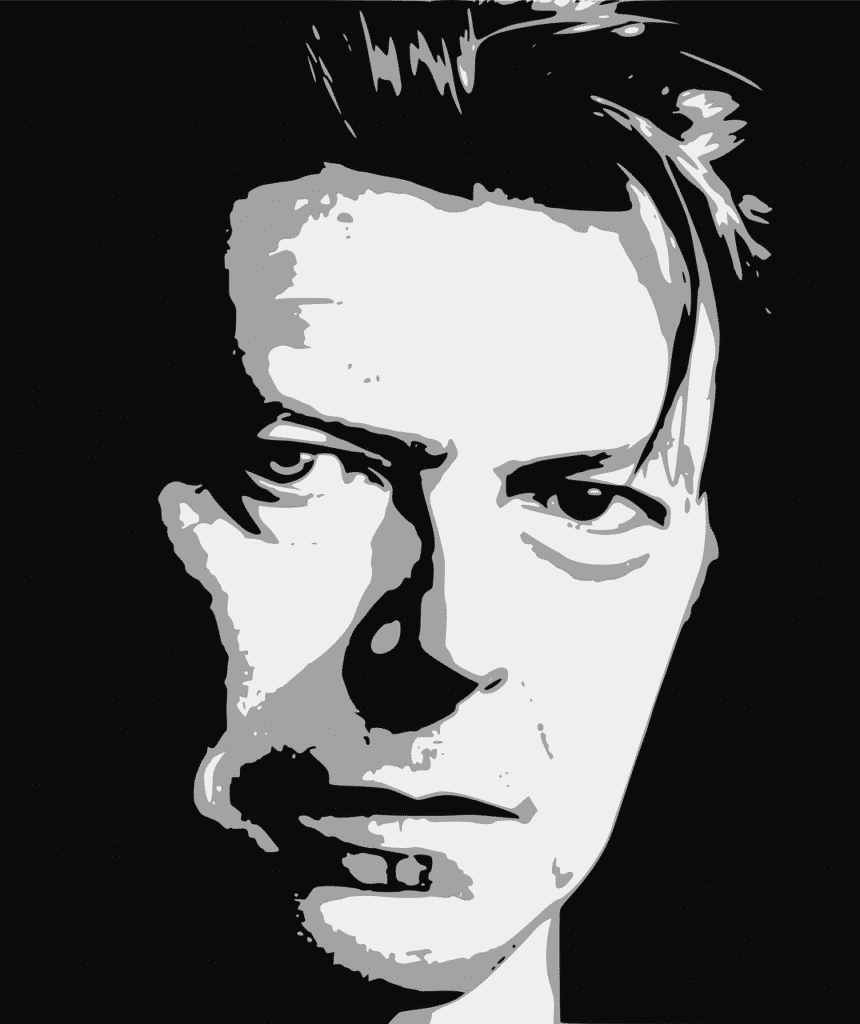 5 Things I Learned From David Bowie

It’s now been over 4 years since the tragic death of David Bowie. Besides the fact that he must have lived life to the fullest – doing things god has forbidden, Bowie inspired millions of people in many different ways including myself. This article looks at the things that I have learned from Bowie and how he influenced my career. Read on for some David Bowie Lessons.

Unfortunately I was never able to meet this incredible man, but Bowie created a legacy that speaks for itself. Whether that was music or other things he initiated. Many times, he gave us different compelling stories that must have been characterizing for him and his personality. Those stories inspired me and millions of others. In the upcoming blog, I like to mention a couple of lessons that I took away from it. Here are the ones.

1.) Commit to your life goals

Most people are aware that it took years for Bowie to have his first hit single Space Oddity in 1969. His first single Liza Jane was from five years before, and even after the success of Space Oddity it took another three years before he had his second hit single Starman. Nevertheless, in the early 1970s there were many who thought he would be a “mayfly” and a small footnote in music history.

But David Bowie never gave up his quest for musical stardom and is arguably one of the best examples of the proverb If at first you don’t succeed, try again. Being able to learn from your mistakes and handle rejection, is what I think an important key of success. Head over to my blog This is my definition of success, to read what I’ve said more about how to stay committed to your life goals.

For a content writer like me, it is very normal to my day-to-day life to have technical challenges with my website, unanswered e-mails or calls. Most of the times people are too busy to reply to them, or they reject an offer for a partnership because they don’t see a way to make it work for them.

Along the way, there are always more rejections than successes, but the successes are the ones that stick with you, feed you, and create the motivation to get through the sometimes harsh reality of daily life. Bowie personified perseverance and for this quality alone I am very grateful as it has been the bedrock of my career to date.

Bowie is known for experimenting and trying new things, whether it was musical, physical, or spiritual. As a storyteller he showed us many times that there are different ways to tell a story and not to be limited to one medium to engage with the world.

For example, he was one of the first to develop an internet service provider bowie.net – now Davidbowie.com. In 1997 the website had as one of the first downloadable songs on what he foresaw as the future. It was a way to directly communicate with his fans, without interference from anyone.

Moreover, Bowie was also never fixed to presenting himself as one thing. He was able to reinvent himself time and time again, with characters that fit his life and his message. For example, he wore whatever he wanted, went through kaleidoscopic experimentation, ditched trends and most notably, transcended the boundaries of gendered clothing. If Bowie felt a persona was tiring, he discarded it and created another. Each with a different lesson to the world of how to promote what you truly believe in.

Again, Bowie taught me that you can have lots of other interests that can be rewarding even if you are not as successful as your job. Bowie liked to act (and obviously had some success in this area) and also liked to paint. Bowie taught me that success in one area of your life can lead to doing other more experimental and rewarding activities even if they are not as financially lucrative.

And when you have a good look around you, many others do too. Fredrik Skavlan, the well-known talkshowhost from Norway, is besides his job as a talkshow host also an illustrator. Something rare, but not impossible… why not? Here are some examples of Skavlan’s work:

As it is well known, David Bowie created the last of his work while fighting Liver Cancer. He allowed this struggle to feed into his work, forever acting as an advocate for creation, despite the circumstances. He explored what dying was like, using his hospital bed as the stage for his last work.

Even in tragedy, he found a way to share this with his audience. A strong brand or individual can see the growth and opportunity in any situation, constantly moving forward. Failure is success if we learn from it and this is one of the maxims that I live my life by.

Bowie stood up for what he believed, not what would sell. His strength and courage determined what was cool rather than following it. Though we’ve lost the physical being attached to it, we’ve been left with the incredible story of a complete legend.

If there is one thing that Bowie was gifted in as much as his songwriting, it was his own art of self-promotion. Bowie always had the knack to generate news stories about himself and his work without seemingly trying.

By the end of his career, it was the act of not saying anything or doing any personal publicity that was just as newsworthy. Something that artist Beyoncé and many other artists later copied.

Without a doubt, his sense for branding was something extraordinary, with his ★ Blackstar – album on top of that. Like we all know, this album was put out 3 days before he left life. It was self-published without intervention of music companies. For the album he employed a local New York jazz combo led by saxophonist Donny McCaslin.

Bowie (and his team) knew how to garner media publicity on his own terms in a way that very few others can.

5.) Take life as your object of inspiration

If there is one thing besides working hard that sums up my career to date, it is being opportunistic and flexible. As a voracious reader of all things Bowie since my early teens, I always loved Bowie’s sense of adventure and just following paths because they might lead you to something unexpected.

Whether it was his use of the ‘cut up’ technique for writing lyrics (developed by Brion Gysin and William S. Burroughs), his use of Brian Eno’s ‘oblique strategy’ cards, or his love of studio improvisation (such as on the Berlin trilogy albums and the Outside LP).

Bowie showed that inspiration for his musical and lyrical ideas could come from anywhere — from a person, from a fleeting observation, from something he read, from something he heard or saw in film or TV programme, and from his own life experiences.

I too have taken this approach to my work. Since I started blogging I’ve been sharing the ups and downs of Lizzard Cosmetics in the content that I share. People love the story of Lizzard and that’s why it’s so successful. Along the way I basically have taken my life and blogging journey as an object of inspiration to share the lessons on my personal blog.

Basically I learned a lot. Are you a David Bowie fan? Let me know why you might like or not like his work, and if you’re learned some things as well. You can use the comment section below!

All of those David Bowie lessons are things that I took from what I saw in him and how he mastered his strong and driving personal brand. Check out The value of what people say about you when you are not in the room, to get to know how that works.