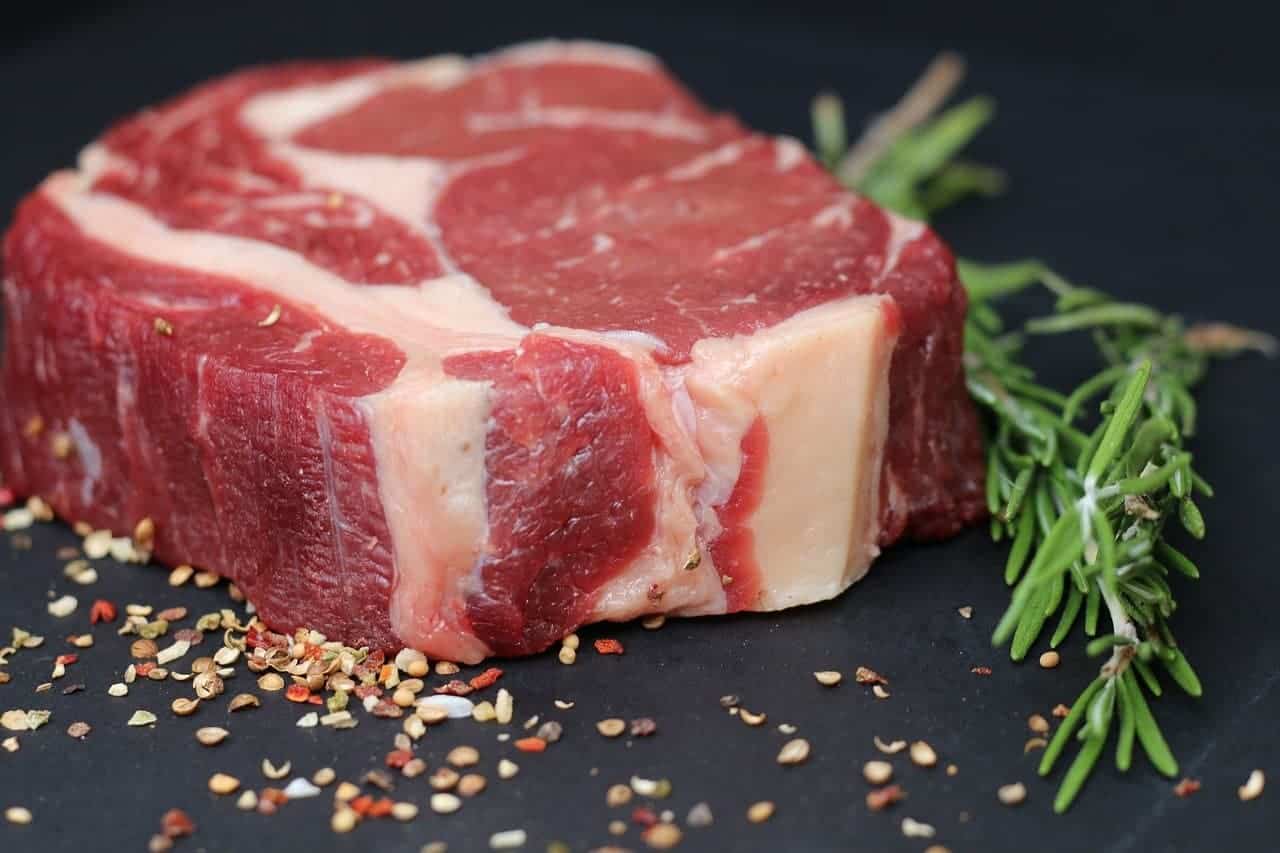 If we want to avoid a climate disaster, it is important to drastically reduce the world’s greenhouse gas emissions. The principal of “the polluter pays” is often shared and under that same guise Western countries are now considering whether it’s a sensible idea to place higher taxes on meat products. The tax is one of the many strategies that political parties can use to add to positive change. Read on for why the time could be right for a meat tax.

Meat is popular among many people. People love meat for several reasons, and for many of us giving up meat is a big sacrifice. Men in particular seem to be devoted to their meat diets, as mainly women are transitioning towards a plant-based diet. Different studies show people strongly associate meat with masculinity.

Despite the fact that you can also find a lot of people in Europe and Northern America nowadays trying to cut down on meat, the total meat consumption is still rising. Besides social norms like masculinity, social status and power do play a role too. Income and population is related to the amount of meat we eat. Typically, the more people we have and the richer we get, the more meat we eat.

Therefore, this trend doesn’t seem to stagnate anytime soon. The world’s population is expected to reach 9.3 billion by 2050, incomes are still rising, and according to the U.N. Food and Agriculture Organization the meat production today is nearly five times higher than in the early 1960s. As a matter of fact, 18 per cent of the total greenhouse gases today, is caused by human beings consuming meat. That’s a lot, and if we want to tackle this serious problem we are facing right now – we need to think about the future of meat. The signs of a climate disaster are just too important to ignore.

In order to protect the environment and to make profound progress in doing so, we need to cut down either on consuming meat or on the way we produce meat. And we need technology, consumers, businesses and governmental parties to work together on an international scale.

The scale and consequences of livestock farming

The scale of livestock farming is hard to comprehend. Of all mammals, only four percent still live in the wild. The rest are cattle (62 percent) and us, human beings (34%). Every year 80 billion animals are slaughtered.

Also, the consequences of livestock farming for the planet are immense. It depends on how you measure it and who you ask, but the production of meat makes up 14-51% of the greenhouse gas emissions. Besides that, stacking a lot of animals on a small surface can create – as we have seen during Covid-19 – the situation of mutations and viruses that can spread to humans. Antibiotics for that matter, is nowadays used for the preventive treatment of livestock – not so much to cure people as we used to do.

A recent report from the global consultancy AT Kearney predicted that most meat in 2040 would not come from dead animals.

The great thing about the development of cultured meat is that it allows even the most passionate meat-lovers to continue eating meat without compromising the environment or animal welfare. It’s great to see that there are more and more investments that further the technical development of these types of products.

Although both technology and consumer behavior play a big role in reducing emissions, real change needs to come from government action. One of the things the government already does to discourage people from indulging in a damaging habit is taxing cigarettes and alcohol. In some cities, soda and cafeine is too. According to the urgency of climate change, different countries are now wondering whether it’s time for a meat tax as well.

In Germany for example, lawmakers from across the political spectrum proposed on August 7, 2019 to raise the tax from 7 percent to 19 percent. They proclaim that the tax meat will decrease the country’s meat consumption, which is a win both for animal welfare and for the environment. Meat has long been subject to a reduced tax — the idea is to use that extra money gathered from the meat tax into one of the environmental causes.

But Germany isn’t the only country exploring the idea of a meat tax. Denmark and Sweden have also been considering it. If it gains traction, it could help rid the world of a lot of unnecessary suffering. Every year billions of animals are raised on factory farms. Often under such cruel conditions that there are laws to keep the mistreatment hidden from public view.

Tax the hell out of it…

A tax on meat products in Western countries is the most obvious route to tackle the drastic environmental impacts of livestock farming. This can be done through the abolition of the reduced VAT rate for meat products or a new excise rate to be introduced. Research shows that a tax meat would be justifiable. Let me share a couple of their arguments with you.

According to a study by Nordgren from 2012, the tax on meat could have the pleasant side-effect of improving the health of the country’s citizens. As research has found, a plant-based diet would be the healthiest diet. World Health Organization claims that eating meat increases risk of heart disease, cancer, stroke and diabetes. In that case the meat consumption could increase healthcare costs. Opponents of the meat tax argue sin taxes are just the next step up to the widely applied nudge theory, where residential areas and workplaces are designed to encourage healthier behavior, such as exercise.

First of all, opponents of the measure often discuss that a tax on meat is a blunt measure to complex problems. Obesity for example has multiple, interlinked causes. Therefore the tax meat wouldn’t be effective. They doubt some of the health and economic claims, or do not feel it is properly inclusive of total costs over the long term.

Another complication that is often mentioned in this discussion is that the meat tax is regressive and authoritarian and that it could disproportionately affect those in low-income communities where there is limited access to fresh fruit and vegetables, and for whom meat is cheaper and more accessible. [1][2]

Other opponents claim that researchers seemingly ignore the health consequences of alternative foodstuffs. A tax on meat will discourage people to eat meat and encourage them to eat other things. Although the federal government’s own 2015-2020 Dietary Guidelines for Americans is clear on giving the evidence that carbohydrates are dangerous, opponents ask for the evidence on health consequences of other foods. Yet this analysis does not consider the costs of this new consumption.

Research suggests any backlash would be short-lived, while the benefits will help us long-term. A 2016 analysis of meat taxes worldwide found that levies of 40 percent on beef, 20 percent on dairy products and 8.5 percent on chicken would save half a million lives a year and dramatically reduce climate warming emissions. I mean if that’s true, then that’s a pretty big deal.

A meat tax may also pave the way for a tax on poultry and seafood, too.

The livestock is a very difficult problem. Even compounds which reduce methane emissions will not be enough, which makes us in ultimately need of government policy. Government leaders of especially wealthy countries have to think about the future of meat. If we want to avoid a climate disaster, we need to enact new policies in order to cut down on meat. The damage of agriculture is just too important to ignore.

Ideally, people make choices that are best for themselves and the environment. However, people in wealthy countries still primarily choose meat based on price, taste, convenience, and social norms. According to different studies, cutting down on meat has more impact than the switch to an electric car. Different governmental actions may apply, while the meat tax could be one of them.

But we need other measures too. Examples would be looking at menus in workplaces and schools, as well as raising public awareness. If we look at the significant cultural shift on smoking over the last decade or so, communication of the science was central to those changes. However, I don’t think is realistic to tax the poorest countries extra for eating meat. It’s not realistic for them to transition to lab-grown meat any time soon. But wealthy countries need to take powerful steps in order to control their meat consumption.

I have to admit that it might be far from desirable that we’ve reached a point where lawmakers might force people to change their behavior by implementing a tax meat. However, the damage of the meat consumption is too urgent to ignore. Let me know your thoughts and ideas on what we can do to help keep the planet livable for generations to come.

Thanks for reading! If you enjoyed this piece of text, you will probably enjoy these articles about the future of meat as well: